Mining the Mindsets of Hispanic Shoppers 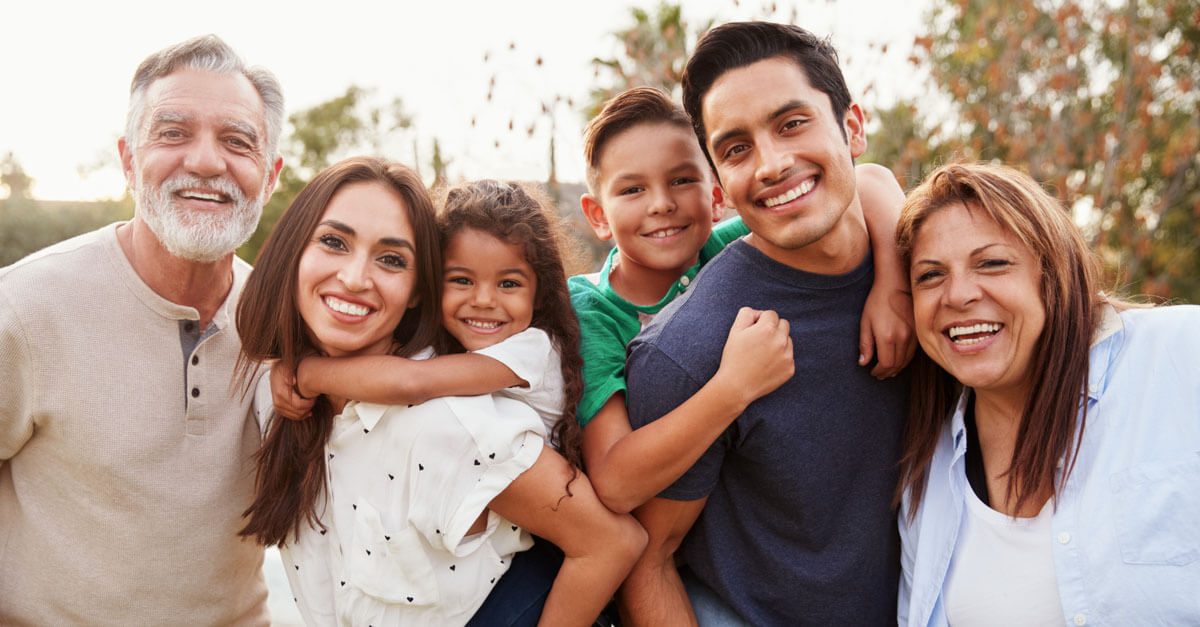 With roughly 60 million calling the U.S. home, the Hispanic community is an ever-growing and crucial consumer group for retailers to have on their radar. Understanding the unique attributes, attitudes, and purchasing practices of Hispanic shoppers is vital if retailers want to attract and retain them as customers.

Overall, Hispanic consumers tend to be younger, less affluent, and part of a large household that encompasses multiple generations from grandparents to young children. Consequently, there are a number of similarities throughout the Hispanic community in terms of their approach to shopping. However, not all Hispanic shoppers are alike, and these differences do affect what they buy and why.

Using Numerator Insights data, let’s take a closer look at the mindset of Hispanic shoppers and uncover some of what drives their decision-making when choosing the items they add to their grocery basket.

Hispanic Shoppers Are Intentional Not Impulsive

One habit many Hispanic shoppers share is the degree to which they plan their grocery trips before they leave the house. Hispanic shoppers know exactly what they need to buy, what brands they prefer, and rarely make impulse purchases. 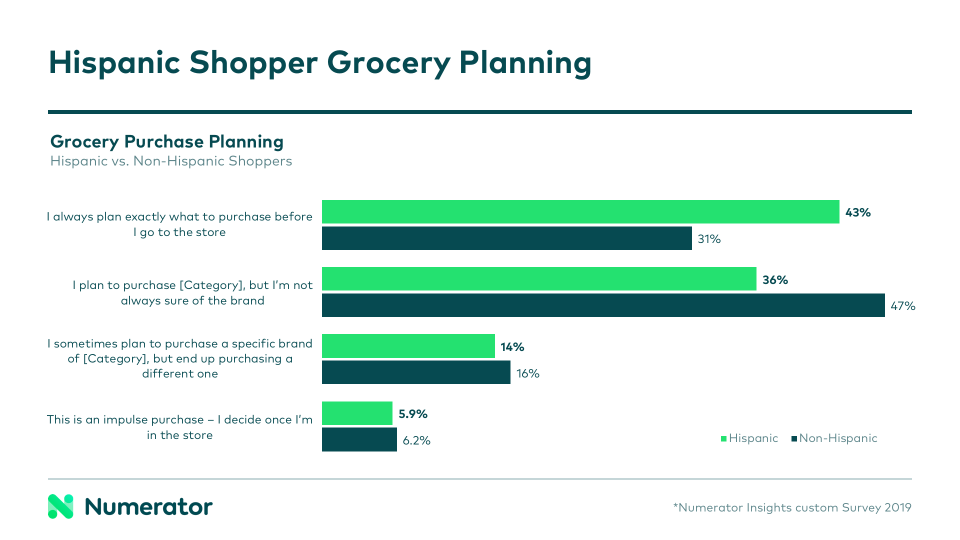 Due to such detailed planning, Hispanic consumers are often less engaged during the shopping experience. Although they do shop to stock up on groceries or refill the pantry, these reasons for a grocery run aren’t as important to them as they are to non-Hispanic shoppers. Their purchasing tendencies are concentrated on specific needs like certain ingredients, requested items, and occasional cravings, which means they’re less invested in seeking out and trying new products, browsing the store, or being swayed by special promotions.

Another significant finding behind this lack of shopping engagement involves the Hispanic outlook on living a healthy lifestyle. Only 13% of Hispanics express an interest in watching their diet, and just 25% read nutrition labels or use vitamins and supplements. One in four believe they simply don’t have time to take care of themselves, and these individuals lead far less active lifestyles. Though nutrition is still considered important, it’s prioritized by a smaller percentage of Hispanic shoppers than non-Hispanic. Such a perspective greatly shapes what these shoppers care about buying during a trip to the store.

An additional element driving their grocery purchasing practices involves the fact Hispanics individuals are 50% more likely to eat out at least four times each week. Whether appeasing an appetite they have for certain foods, satisfying a desire to sample something new, or treating their families, the ease of eating out holds a strong appeal among Hispanic individuals. Naturally, dining out so frequently diminishes the need for these consumers to spend as much at the store on traditional grocery items. 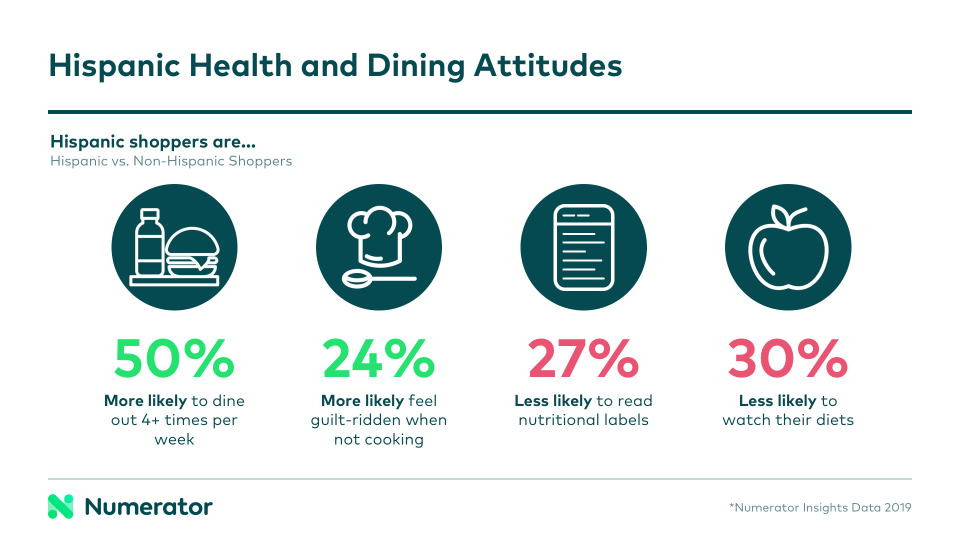 Having explored a few similarities Hispanic shoppers share, let’s take a look at the ways in which they differ. Acculturation distinctions are key since they influence how much each group is willing to spend and what exactly they spend their money on. The vast majority of Hispanics belong to one of two primary acculturation categories: acculturated or semi-acculturated.

Acculturated Hispanics are members of the community who have most fully integrated into American culture and its way of life. They’re more likely to identify as American or as Hispanic-American, speak English, and are comprised of wealthier, Boomer and Gen X consumers from small households.

One telling example of how acculturation creates two dramatically distinct sets of shoppers is in the area of cooking at home. Acculturated Hispanics state that they prefer to cook, with 58% listing themselves as the primary meal preparer. They indicate a stronger inclination for seeking out recipes, cooking from scratch, and trying new foods in comparison to semi-acculturated Hispanics. 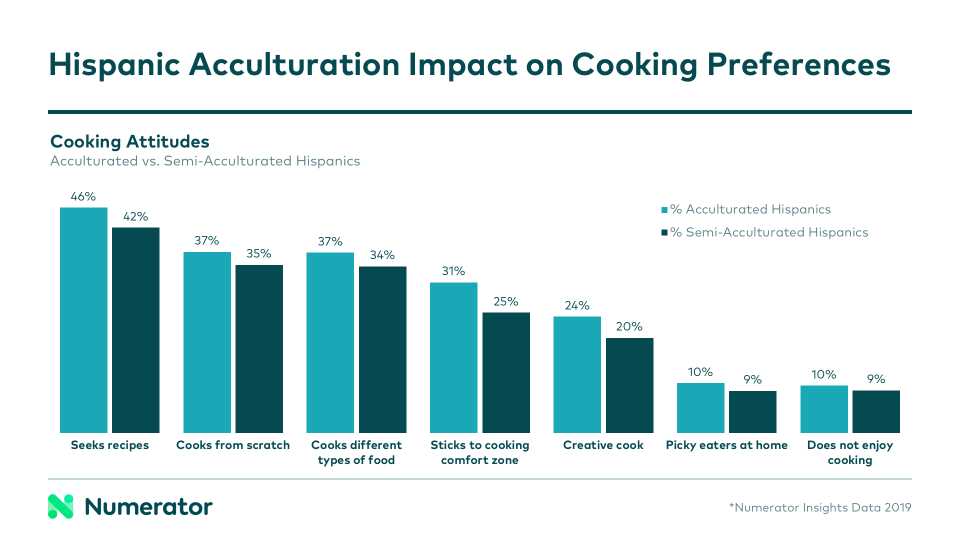 However, each group’s buying behavior paints a very different picture. Acculturated shoppers actually lean considerably more toward purchasing pre-packaged, easy-to-prepare foods. In contrast, it’s semi-acculturated shoppers who appear to be making family recipes from scratch, which is reflected in their purchases of fresher foods and core ingredients.

Using these insights on Hispanic shopping habits, engagement, and acculturation, how can retailers apply this knowledge to their advantage? Tune in for Part 2 of this story next week as we delve into more detail on what stores Hispanic shoppers favor, the items they purchase most, and a few ways retailers can advertise and employ cross-promotion to end up on these consumers’ pre-planned grocery lists.