Numerator’s Price Pulse leverages verified purchase data to track observed changes in the prices consumers are paying for everyday goods. Updated weekly, it provides the most timely look at rising prices available in the market, with channel-specific views and added cuts for consumer demographic segments including urbanicity, ethnicity, generation and income level.

Consumers are paying more for their everyday goods.

Consumers are paying more for grocery, household, and health & beauty items than they were last year. While the rate of inflation for both health & beauty and household products has slowed or declined in recent weeks, grocery prices continue to rise.

Highlights for the four week period ending May 8:

While grocery prices have continued to rise across all tracked channels, the rate inflation is most significant online and in the dollar channel. Both channels have significantly pulled away from food, mass and club since the beginning of 2022 and have inflation rates higher than grocery as a whole (online +20.8% & dollar +17.0%, vs. +12.0% for all grocery). The club channel continues to see the lowest levels of grocery inflation overall.

While all consumer groups have experienced a steady increase in prices over the past 52 weeks, select cohorts have been more heavily impacted, particularly Gen Z, Black and low income shoppers. In recent weeks, many gaps between groups have closed slightly, bringing all consumers closer to the same level of impact. 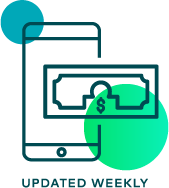 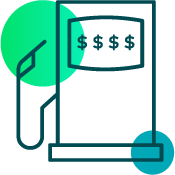 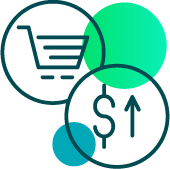 All things inflation, all in one place

Do you have the visibility you need to adapt effectively in this inflationary environment? Numerator is here to help you know more about the impact of inflation on your business. How are paid prices changing within your own categories across channels, and how will your shoppers shift their buying behavior in response to rising prices? Reach out to our team today for custom inflation insights for your brand or category.