This year an average of 99.9 million viewers tuned into the FOX broadcast of Super Bowl LIV— excluding streaming platforms— a slight uptick from the 98.2 million that watched the previous year. That increase in audience size is good news for Super Bowl advertisers, who paid a cool $5.6 million per 30-second ad spot this year.

Like viewers, advertisers also increased their participation in the event this year. In fact, according to AdAge, Fox saw the fastest sellout of commercial spots in at least the last five years. Numerator Ad Intel data shows the number of unique advertisers increased from 48 in 2019 to 58 in 2020, and ad spend increased over $100 million from last year to $533.4 million in total. The increased spend could be attributed, in part, to Fox adding additional ad time into the broadcast to accommodate additional advertising requests. 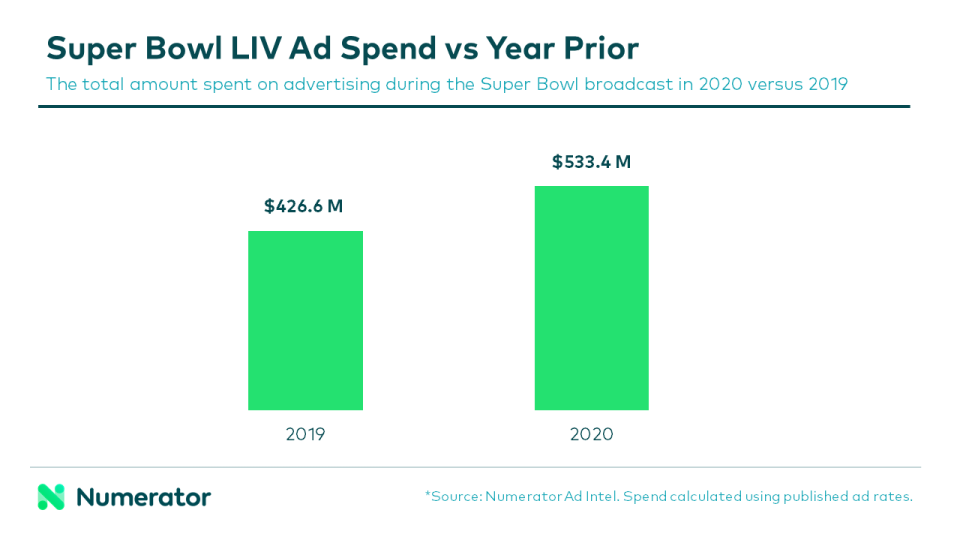 As always, the products advertised during the game were wide and varied. The snack category was rolling deep, with nine snack brands choosing to advertise during the big game this year— up five brands from last year— followed closely by the automotive brands category with seven unique advertisers. The categories with the highest ad volume for Super Bowl LIV were similar to the previous year, with the automotive models category once again taking the number one spot. In fact, auto brand advertisers collectively sunk almost $28 million additional dollars into Super Bowl ads this year, increasing the category’s total spend from $57.8 million in 2019 to $85.4 million in 2020. 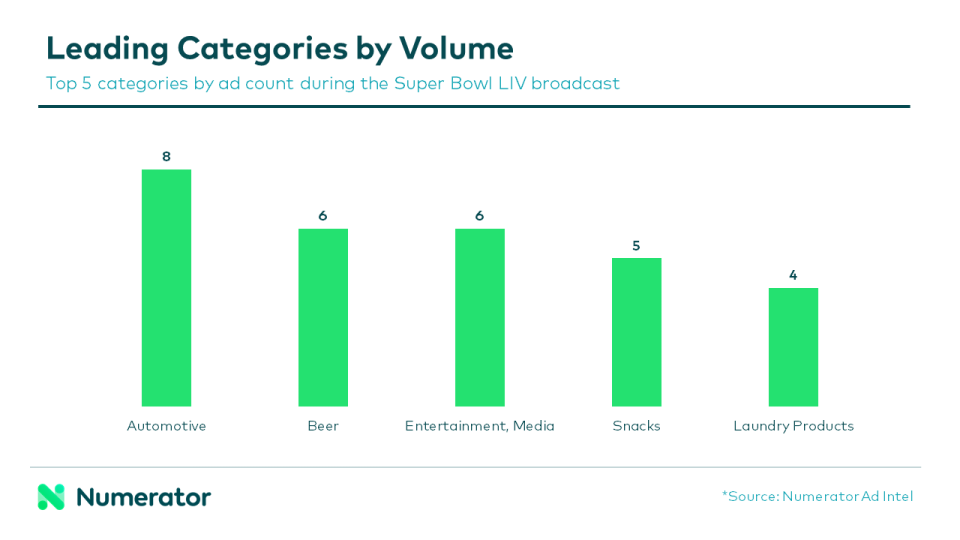 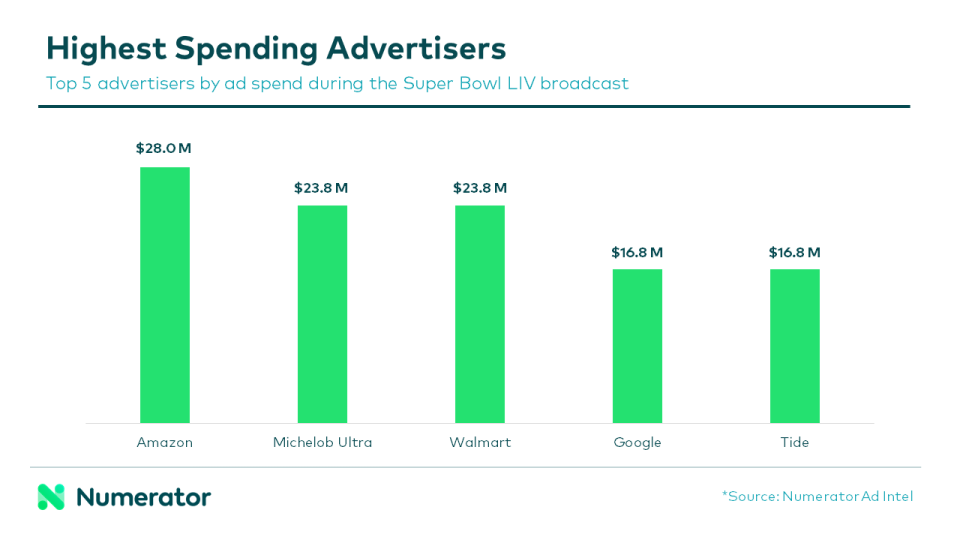 Timing of commercials during the game is critically important, as audience size and attention can vary drastically at different times during the telecast. Once again, advertisers loaded up in the second quarter, which tends to have higher viewership. Several advertisers like Walmart and Discover Card chose to run multiple ads in the same quarter this year. 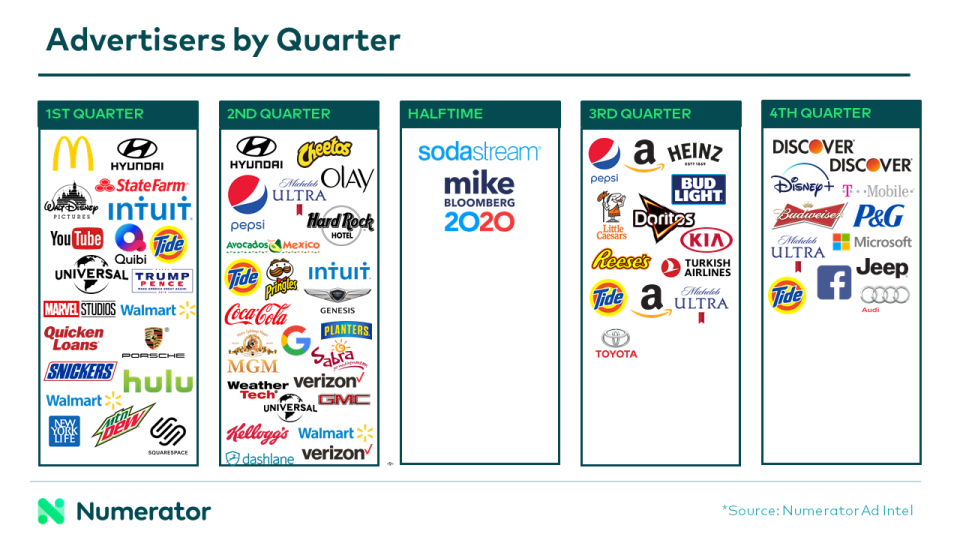 The Super Bowl is one of the most important advertising events of the year, and understanding how advertisers performed can help you plan your advertising activity more intelligently.  For additional game day advertising stats, download our full Super Bowl LIV Advertising Analysis HERE.  And reach out to us today to find out how Numerator’s advertising solutions can help you strike the right balance between persuading consumers and spending more effectively!

*Methodology: This analysis is limited to national television ads that were run between kickoff and the final play of the game. It excludes all network, NFL and local ads. Published ad rates were used to calculate spend for this analysis