This past Sunday night people gathered around their TVs to cheer on their favorites, be entertained by musical performances, place bets on the outcome, length of the broadcast or if any swears will get past the censor, and to enjoy some new/unique expensive commercials. No this isn’t another Super Bowl blog post – this is about the Oscars.

The Oscars routinely rank as one of the top ten most watched television events of the year, and advertisers have taken notice. Thirty-eight of the 43 ads (88%) shown during this year’s broadcast aired for the first time, including ads for clothes, phones, watches, SUVs, electronics and - fittingly enough - a new Elton John movie.

While I’ll try to limit my Oscars hot takes (Minding the Gap was robbed!), I did notice some trends during the commercial breaks. The first being that, despite a boost in viewers, the price tag per million is still much higher than that of the Super Bowl. 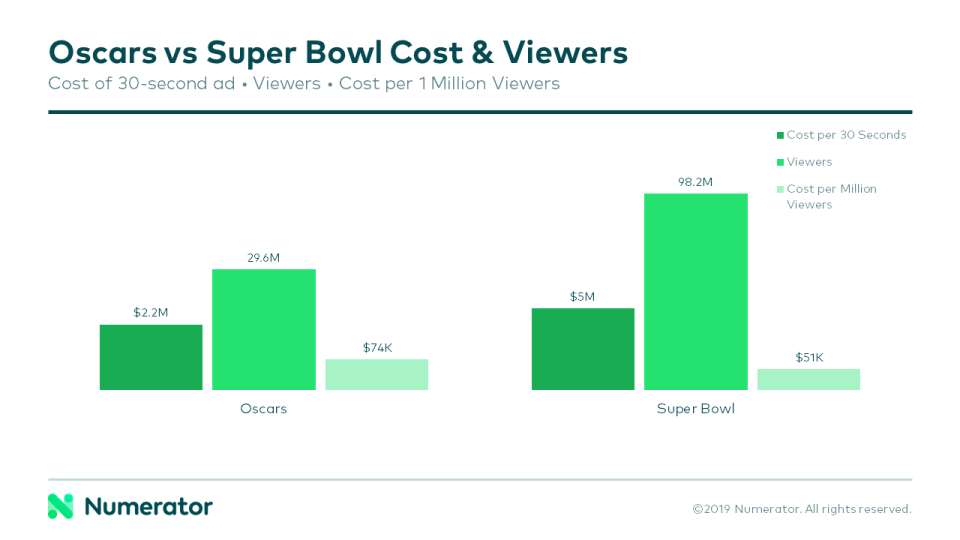 Most people fixate on the Super Bowl’s eye-popping $5 million price tag for a 30-second spot, but with 98.2 million viewers this ends up coming in far cheaper in cost per thousand viewers when compared to other television events like the Oscars. This doesn’t stop brands from creating unique content centered around the Oscars, however, as this year’s broadcast featured not only several unique ads, but unique ads that tied in to the theme of the Oscars. 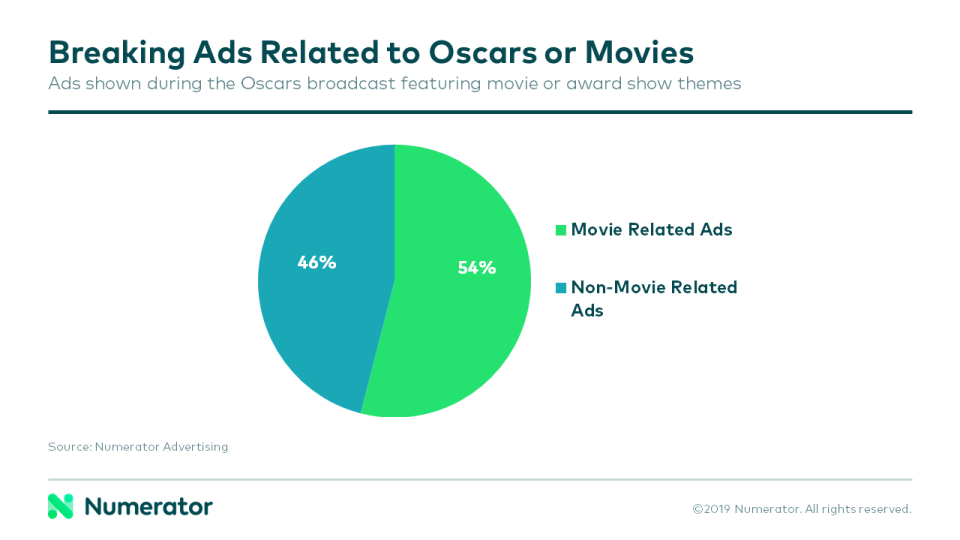 Whether featuring movie stars or directors, award shows, clips of past movies or highlighting crew members behind the scenes, these ads tied the movie business in to their spots on Sunday night. Google, Rolex and Walmart leaned in to the theme the most, with 16 of the 19 above-mentioned ads. Google envisioned a world in which their products were available in past movies, Rolex’s 5 ads featured words of encouragement to aspiring filmmakers from Martin Scorsese, Kathryn Bigelow, Alejandro Iñarritu and James Cameron, while Walmart showed crew-members like set caterers, production assistants, and wardrobe assistants styled in Walmart clothing. 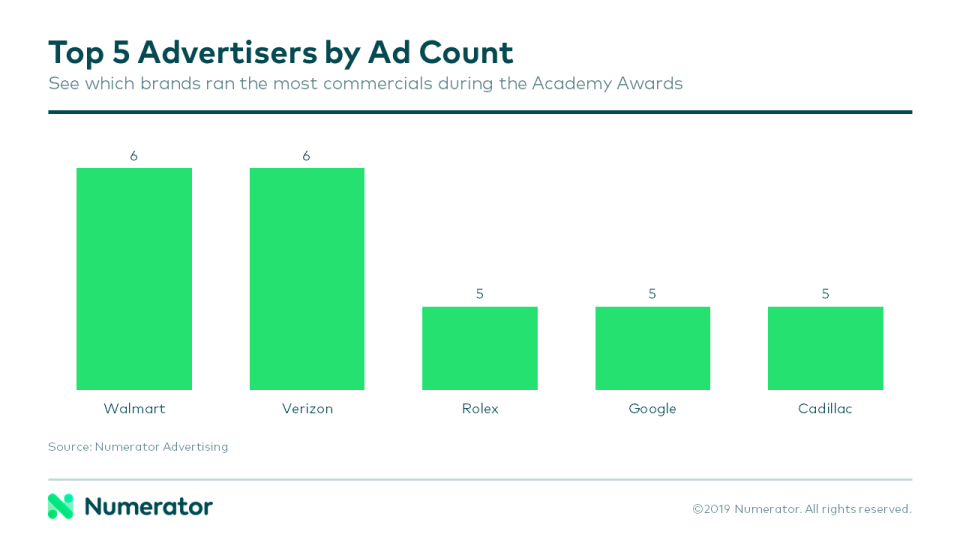 While these Academy Award influenced advertisers were three of the most frequent advertisers of the night, they were also joined by Cadillac (featuring a Childish Gambino song!) and Verizon in running multiple ads on the night. McDonalds and Apple also ran multiple ads during the broadcast (two each), but both used previously run ads in their slots.

Numerator previously covered the Super Bowl worthy ads aired during this year’s Golden Globes, as part of our ongoing insight in to the advertising landscape. While most of the post-Oscars talk centered around the results - like the performance between Lady Gaga and Irina Shayk’s boyfriend, or the guy who made Dumb & Dumber winning Best Picture - if the quality of Academy Award ads continues to be this high, it can easily be as much a part of the conversation as Super Bowl ads are after the big game.

For deeper insight into key advertising trends and events throughout the year, learn more about our Ad Intel or reach out to us at hello@numerator.com to start a conversation.

Editor’s note: All spelling and grammar mistakes are an ode to living up to the quality of Best Editing winner Bohemian Rhapsody’s standards.